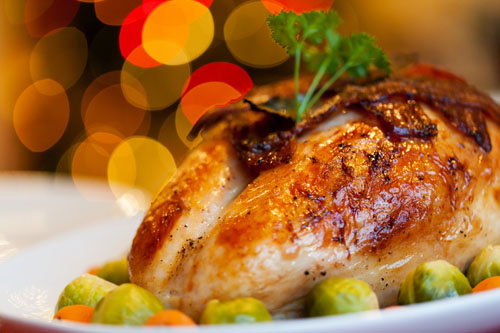 There are a ton of factors that will ultimately affect how much weight you can put on in a single day. Realistically, half a pound or so, though this wouldn’t be solid muscle! Let’s get down to the gritty details to find out how much you can really put on in a week.

What’s effective mass? Well, simply put, it’s mass that is in your body and stays in your body. Think of muscle, fat, tissue, bone, water weight, etc. That’s all mass that is essentially a part of your body and there to stay ‘for good’, or at least, longer than a day. What isn’t there to stay – extra water, food, an excess of mucous, temporary stuff really, is all passive mass.

While you may have eaten two pounds worth of potatoes at dinner, after you go to the bathroom and wake up in the morning, you won’t have necessarily gained two pounds. In fact, you’ve likely only gained an eighth of what you’ve eaten in raw mass.

Likewise for water weight; it’s suggested to drink at least two liters/8 cups of water per day, or even more if you’re looking to gain even more weight. That’s two kilograms or 4.5 pounds or water! So, sure, you can drink 12 cups of water and eat 3 pounds of potatoes in a day to technically rise up to 10 pound in a single day – but is that really what we’re after?

What we’re really looking for is, again, effective mass, stuff that’ll be put into our bodies and stay there. How do we do that?

How to add effective mass

Of course you already know that nutrition and diet are super important, but supplements can also be a huge factor to increasing the amount of real, effective mass your body has. If you’re looking to add raw muscle mass, really try and break down your muscles in the gym so they’ll build back even stronger. Adding a scoop of creatine and BCAAs every day on top of a standard protein shake does wonders for adding raw mass.

Avoid so-called ‘empty’ calories – stuff that goes in and comes out without adding any real nutritional value. I’m talking about McDonalds burgers, sodas, chips, etc. They may taste good but your body uses a fraction of the actual nutritional content compared to genuine foods. Start packing in large amount of veggies like broccoli (my favorite healthy veggie), healthy carbohydrates like brown rice and learn protein sources like chicken breast.

So then, how much can I put on in a day?

That may not seem like a lot, but of course you’re not only putting on muscle. You’re also gaining a little fat, some tissue, a little more fluid and so forth. After all of that you’re looking between a ½ to a full pound in one day. I like to stay on the low side for estimates to avoid any disappointments and I’ll say 1/3 of a pound in one day is definitely very attainable for even those who struggle a lot in gaining.

While it may not seem like much, it all stacks up extremely quickly and in a month you’ll have already added a solid 10 pounds of healthy mass! For myself, I gained a substantial 10 pounds in only 14 days with really strict diet and workout plan. Your results may vary, though I figured I’d share mine! As a point of reference. Results can differ if you have fast metabolism.

So, to summarize, make sure you’re getting effective mass and keep at it. You’ll gain a lean ¼ to ½ pounds of mass per day fairly easily if you follow a good meal plan and workout routine, and stack in supplements with it too!