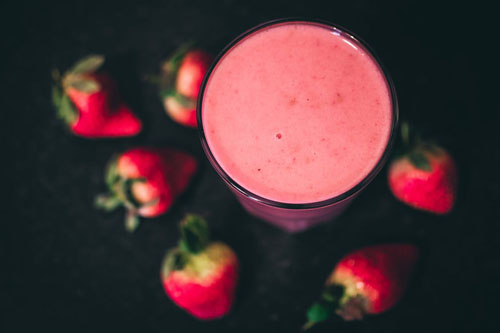 Mass gainers are marketed by supplement companies to be the ultimate muscle and strength booster. However, at the end of the day, they are simply supplements that have been packed with carbs, protein, and fat to provide tons of calories in a shake.

But are mass gainers good for you?

Protein shakes can definitely work in your favour; however, they can also work against you depending on how you use them.

Who Should Use Mass Gainers?

Mass gainers are typically sought out by people struggling to gain weight. It seems like no matter how much food they eat, their body simply doesn’t want to cooperate to pack on muscle and size. If you’re sick of trying to consume thousands of calories daily and seeing minimal results, you identify as a “hardgainer” and mass gainers could be the answer.

To gain weight, you need to be in a caloric surplus. This means finding out your maintenance calories and being at least 250 calories above it. However, in the case of “hardgainers” being in a surplus of 500 calories plus is the only way to see results.

In fact, many people may need to be 1,000 calories above their maintenance to gain weight! This is where gainers can come in handy.

Since they come in a liquid form, drinking 500 extra calories is far easier than eating them. I will help you to choose one here.

How To Correctly Use Mass Gainers

Before you consider using mass gainers, remember they are simply a more convenient way to increase your daily caloric intake and should be used to supplement your diet, not replace it. Make sure that most of your diet is full of real foods!

Protein shakes can be used first thing in the morning, in between meals, or at the end of the day. Alternatively, you could even use them alongside meals.

It really comes down to personal preference. Just make sure not to overdo it with liquid calories – one or two gainer shakes should be plenty to put yo into a surplus.

Who Shouldn’t Use Mass Gainers

Those able to gain muscle and strength with their current caloric intake should avoid mass gainers until they have plateaued. Even then, other food options should be considered first.

Using them too early during a bulk can excessively increase calories and cause a lot unnecessary fat to be gained.

The biggest pro of using mass gainers is convenience. Cooking and eating thousands of calories everyday can become very tedious, especially if the results are rolling in at a snail’s pace.

Mass gainers can be made and consumed within a few minutes and may be just what you need to push you further into a surplus to boost muscle gain and strength.

However, ensure you only use them when you’ve hit a brick wall in your weight gain. Try including more caloric dense foods, such as peanut butter or pasta before turning to shakes. They should be a last resort as they can be quite pricey!

So, mass gainers can be great if you’re a “hardgainer”. But if putting on muscle and gaining strength comes easier to you, the high-caloric content in mass gainers can lead to excessive fat gain.