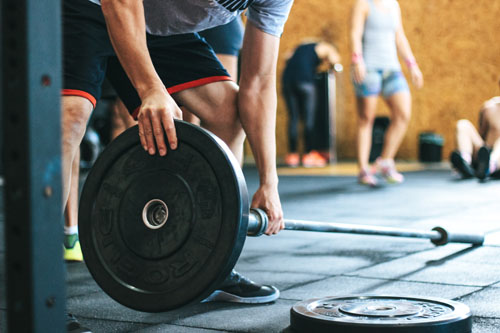 While creatine is a fantastic supplement to take for developing stronger muscle, putting on mass or boosting athletic performance, there may also possibly be benefits to supplementing creatine while not working out. It’s important to not over-consume creatine as it may pose potential health risks too. Is it OK or recommended to take creatine even if I don’t work out though? Let’s find out!

Though creatine is found in all sources of meat, they’re in rather low concentrations. The suggested dose is around 5 grams per day, and in order to get that amount from meats you’d need to eat around 3 pounds of chicken or beef or a pound and a half of herring to get those 5 grams of creatine. In short – you’re likely not going to be able to get your daily dose of creatine from your normal foods!

Particularly if you’re on a diet which prevents you from eating meat, your creatine intake will drop drastically, diminishing muscular growth noticeably. For those on a vegetarian or similar diet, supplementation can be very beneficial. If you’re not working out as well, do be mindful of muscular atrophy as a result from a creatine and protein deficient diet. Even if you don’t work out, muscle is very important to have!

Creatine For The Brain

Creatine helps with many other neurological processes, not just building muscle! Studies show that creatine acts somewhat as an SSRI (Selective Serotonin Reuptake Inhibitor), a form of antidepressant, as well as boosting cognitive abilities such as memory recollection and reaction times. There is in fact a disorder linked on genetically inherited creatine deficiency which suggests that cognitive impairments such as ADHD or autism may arise, as well as physical symptoms such as arrhythmia or microcephaly.

Creatine has also been proven in many studies to help in the prevention and treatment of Alzheimers, epileptic seizures, ALS, and more! A truly multi-purpose supplement, creatine really has a lot of benefits to preventing and treating cognitive diseases.

Do ensure that if you are taking creatine, to take it in cycles of no longer than 90 days as any longer than that any your body will take a toll on its ability to naturally perform biosynthesis in the production of creatine, as well as metabolizing creatine from non-concentrated sources.

There is also the risk of kidney stones developing if creatine concentrations are too high. Since undigested creatine gets excreted through urine, it must pass through the kidneys first. An excess in build-up may occur, leading to kidney stones.

Creatine is a superb supplement for those looking to add mass, get stronger muscle and for high level athletes, though there are also benefits for cognitive performance and treatment/prevention of many diseases.

If on a specific diet which restricts meat intake, it’s highly recommended to take a protein powder with creatine added to prevent muscular catabolism, especially if you’re not getting your daily dose of protein!