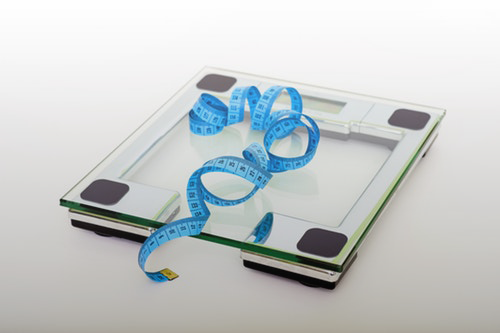 Are you worried about creatine making you gain weight? If so, we’re about to put your mind at ease.

Your body already produces creatine naturally. It’s a compound also known as adenosine triphosphate, or ATP/PC. When doing short bursts of exercise, the ATP gets broken down into adenosine diphosphate (ADP) and this is where the benefits come to light.

When you’re left with ADP, energy is excreted, which is what helps you push further for those extra couple reps during weight lifting. The more you can push your muscles, the better you can develop and grow them.

The quicker your ATP is replenished, the more energy you’ll have, and one of the best ways to do that is by taking a creatine supplement. So, is creatine going to make me gain weight?

How Creatine Affects Your Weight

Creatine supplements work by pulling water from the body into the muscles. As a result, they feel and look fuller. However, the only weight that you would gain while using it is water.

Does Creatine Make You Fat?

These supplements do not make you gain fat.

For most creatine users, the increase in water weight isn’t too noticeable. If you are concerned about it, water weight is typically easy to lose – far easier than fat!

The reason why people get scared about the weight gain involved when using creatine is because it can add up to five pounds on the scale. However, using the scale is just one way of measuring the progress of your physique.

Observe yourself closely while using creatine and you’ll see that in reality, you’re not gaining substantial weight that negatively affects your body.

So, can I gain weight? The only way that creatine makes you gain significant weight is via muscle mass. Since creatine can make you stronger and able to push further during your sets, you’re in a better place to add muscle.

Creatine is the most heavily-researched supplement on the planet and it’s likely that you’ve across some crazy rumours surrounding its safety. Most of them concern the kidneys, but the negative effects are often exaggerated.

While it’s true that creatine draws water from the body and into the muscles, it can simply be remedied by drinking more water – which you should be doing regardless! This will also help creatine to work at its full potential.

It’s worth knowing that the more muscle mass you have, the more water is going to get drawn to it. Therefore, the water weight gained could be a little more extreme than the average person.

The biggest increase in water weight is also experienced during the first week. So, don’t be alarmed if you step on the scale and your weight is higher than usual within a few days of using creatine.

Should You Be Worried About The Creatine Weight Gain?

In short, creatine does make you gain weight. However, you’ll only be gaining water weight in the short-term, which is pretty harmless and easy to lose.

In the long-term, creatine can help you gain muscle mass weight, NOT fat. It simply increases the amount of water in your muscle cells. If you do feel uncomfortable with the slight weight gain, stop using the creatine supplement and the water weight will be gone in under a week!

If you were on the fence about using this supplement, hopefully, this article has given you some valuable insight into the truth behind creatine and weight gain.